Israel is a very small country, yet it cannot be ignored. Here we have gathered some interesting facts about the state of Israel.

Israel is the 100th smallest country in the entire world.

Israel stretches over 20,000 km2. It is 400 km long from north to south. The state of Israel borders Lebanon and Syria in the north and northeast, Jordan and the West Bank in the east, Egypt and the Gaza Strip on the southwest, and  the Red  Sea in the south.

Established in 1948, Israel is the only Jewish state in the world.

Israel is a parliamentary democracy.

The national currency is the New Israeli Sheqel (NIS).

The national coin in the new Israeli Sheqel (NIS).

Israel remains the only country whose native population returned after 2,000 years of involuntary exile.

Interestingly, not long after the establishment of Israel, Albert Einstein (whom was a Jew, however, not an Israeli citizen) was offered the role of President in early 50s but decided against it.

Israel has natural borders of the Mediterranean Sea in the west and the Red Sea in the south. In the northwest lies the Kinnert Sea, and in the southest part of Israel lies the Dead Sea, the lowest place on earth.

In relation to its population, Israel is the biggest immigrant-absorbing country on earth. It has engrossed more than 300% of its population in a period of 60 years.

Approximately 90% of the population of Israel lives in 200 urban centers, many of which are situated on ancient historical sites. Circa 5% are members of the Kibbutz and the Moshav, which are exclusive rural cooperative settlements.

Israel boasts one of the highest per capita amounts of patents filled and leads the entire world in patents when it comes to medical equipment.

As a matter of fact, more patents are registered in the United States of America from Israel than from India, China and Russia collectively. Additionally, Israel yields more scientific papers per capita than any other country by a large margin –approximately 109 per 10,000 persons. Here are some more interesting facts involving science and technology in Israel:

·         The Pentium MMX Chip technology was designed at Intel, located in Israel.

·         The drip irrigation system was created by corporations in Israel.

·         The world’s most commonly utilized drug for multiple sclerosis was formulated in Israel, as were the Pentium NMX Chip technology and the Pentium 4 and Centrium microprocessors.

·         Israeli cows are known to produce more milk per cow than anywhere else in the world.

Aside from the United States and Canada, Israel has the largest number of NASDAQ listed companies and the highest concentration of high tech companies. Furthermore, Israel has the highest average living standards in the Middle East. The per capita income in 2000 was more than $17,500, which is actually greater than that of the UK.

An Israeli household makes 14,385 NIS on average per month. An average individual income is 4,323 NIS.

Here are some interesting facts regarding the culture of Israel:

·         Israel boasts more museums per capita than any other country.

·         Israel entered the 21st century with a net gain in its quantity of trees – it was the only country in the world to do so.

·         Israel revived an unspoken language – it is the only country in the history of the world to do so.

The lowest place on Earth can be found in Israel – The Dead Sea.

The capital of Israel is Jerusalem, which has been in the middle of Jewish awareness for thousands of years. Additionally, more than 2,000 archeological sites can be found in Jerusalem.

The military service in Israel is mandatory for all Jewish citizens reaching the age of 18. Orthodox Jews are usually exempt from the service. There are currently 170,000 active Duty Soldiers  who are serving their compulsory 2 to 3 year service. There are around 450,000 reservists who serve a certain number of weeks per year. Reservists can be activated during a war or state of emergency. 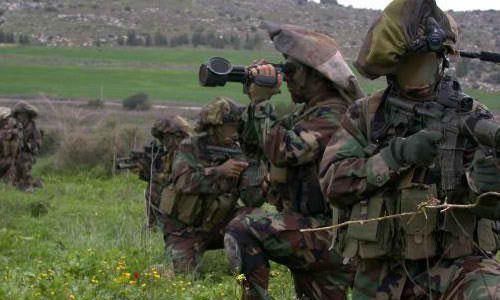