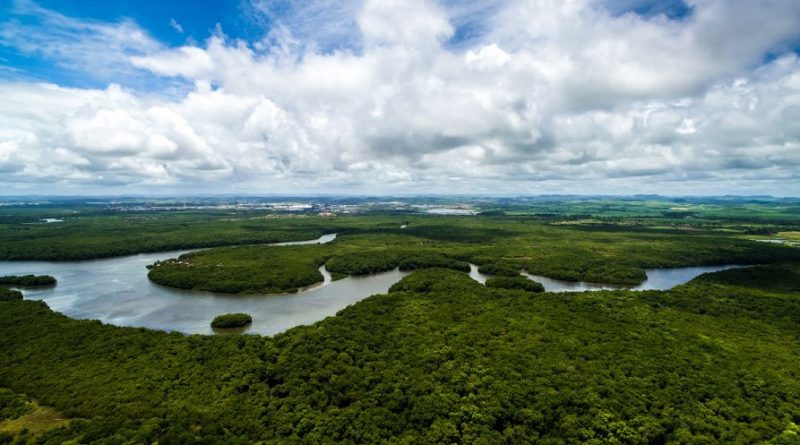 With both wildlife and civilization greatly depending on the availability of freshwater, rivers and the systems they form have always been a natural layout for the life on Earth as we know it. And South America, rich and diverse in lands and conditions as it is, has an abundance of large and small rivers, with the longest 6 making it to the World’s top 25 by length.

To measure the length of a river, we need to know exactly where it begins and ends. But some rivers rise from underground and others are made when smaller streams merge. Some begin their run under one name, then drop it to get a new one. Is it still the same river? Here, let’s view the longest rivers in South America as systems, considering the inseparable parts as one.

The fourth in the world by discharge volume, the Orinoco river flows from the Sierra Parima Mountains in Venezuela, all the way through the country, briefly entering its borderlands with Columbia at some point. Then it returns to Venezuela, with its mouth, Delta Amacuro, meeting the Atlantic Ocean.

The tenth of the longest rivers on the continent is home to various species, including the pink Amazon River dolphin, the smartest of all freshwater dolphins, and the near-extinct Orinoco crocodile.

Its lower basin is also where the deadly Caribe Piranha can exclusively be found.

The source ofthe Juruá river is located in the highlands of east-central Peru, but most of its course lies in Brazil. With many switchbacks on the way, the Juruá ends in the stretch of the Amazon River called the Solimões. The length of the Juruá is uncertain due to how difficult it is to measure such an oddly shaped waterway, but 2,040 miles is believed to be popularly accepted.

Evidently, the most winding river in the region, this tributary of the Amazon meanders through uninhabitable wetlands and floodplains – the terrain of the Purus várzea ecoregion. Perfectly navigable for a distance of 1,133 miles, the Juruá River provides great economic value as a practical transportation path.

Being the main tributary of the Paraná river, Paraguay finds its source in the Brazilian state of Mato Grosso, briefly dividing the lands of Brazil, Bolivia, and Paraguay before it enters the latter. Traversing south through numerous marshy areas and swamps of Paraguay, the river becomes the borderline with Argentina for the last 150 miles.

Meeting the lower Paraná, the Paraguay river joins the Río De La Plata drainage basin – the second largest in South America. This way, it manages to bring its waters into the Atlantic Ocean. 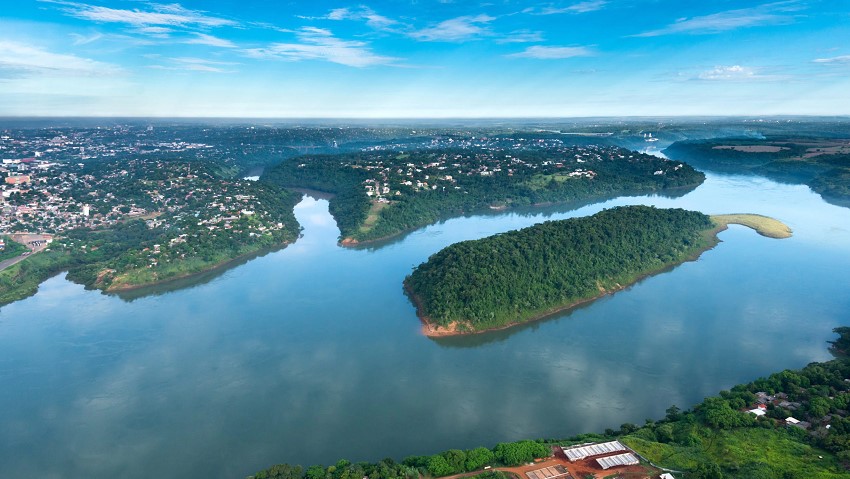 The fourth longest tributary to the Amazon River, the Japurá starts as the Caquetá river in the Colombian Andes. The source of the Caquetá is close to the source of the Magdalena river, the main one in Colombia. From there, it meanders mostly southeastward and becomes the Japurá river as it enters Brazil, joining with its blackwater tributary, the Apaporis, right on the border.

Near its mouth, the Japurá breaks into a network of channels, which enter the Amazon River in the municipality of Alvarães, in the Amazonas state of Brazil. It is a river with quite a strong current, where small boats can navigate.

The longest river to run solely through Brazil, one of the longest rivers, and the fourth largest river system in South America, the São Francisco river became Brazil’s “river of national unity“.

Such high praise comes from when it was nearly the only link between the far-apart regions. Plus, it’s an indispensable source of hydropower and irrigation for half the country.

The Sao Francisco river rises in the Canastra mountains in the state of Minas Gerais, southeastern Brazil. From there it goes all the way north, slowly turning east around the towns of Barra and Xique-Xique, to reach the Atlantic Ocean in the northeast.

The Madeira river, being only 900 miles if considered in isolation, is mostly looked at as one with its tributary, the Mamoré river. Together the two rivers form a united course of 2,100 miles, which constitutes the largest tributary of the Amazon River.

With the Mamoré river beginning at the Sierra de Cochabamba, in the Bolivian Andes, the Madeira is formed at the point of its confluence with the Beni river. The Madeira-Mamoré course is obstructed by multiple rapids and waterfalls, which limits transportation options, but, on the other hand, makes the Madeira river a breathtaking scenery for tourists to visit.

One more thing about the Madeira-Mamoré is that its banks are traditionally home to numerous indigenous communities. Many of them were endangered by the now infamous project of Madeira river dams, Jirau and Santo Antonio, pushed by the Brazilian government since 2007. 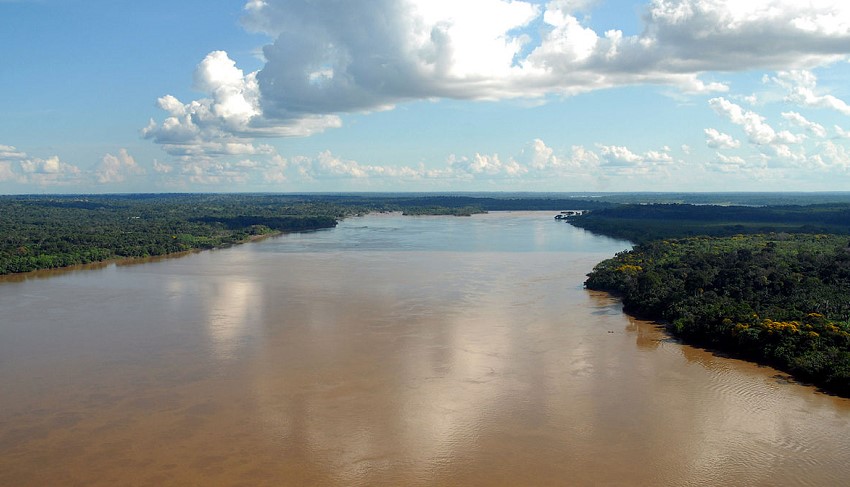 The tributary of the Amazon, the Purus river, is considered the fifth-largest one in South America. One of the longest rivers on the continent, as well as probably the most meandering one, the Purús, flows through the highly protected lands of Santa Rosa do Purús National Forest in Peru and several areas in Brazil with the status of an extractive reserve.

This means that the ecosystem of the Purús river is invaluable and quite fragile. And perhaps the most notable representative of this ecosystem is the Purús Red Howler, a unique kind of monkey that can be found in Bolivia, Brazil, and Peru only.

The third-largest waterway system in South America is the Tocantins river with its major tributary, the Araguaia river. The two form the Araguaia-Tocantins drainage basin.

The Araguaia starts in the Brazilian Highlands in the east of Mato Grosso state, running northeast to São João do Araguaia, where it flows into the Tocantins.

While the Araguaia is a floodplain river with its waters muddy and murky, the Tocantins river is one of the largest clearwater rivers in South America. It is home to unique species, like the Araguaia river dolphin and yellow-spotted river turtle, several kinds of caimans, and Amazonian manatee.

As for navigation possibilities, the Tocantins river system is by far not a smooth one due to the plentiful presence of rapids.

Is the Tocantins a tributary to the Amazon River?

Many sources name Tocantins the biggest Amazon tributary, while others claim the opposite to be true, and deny the connection. Well, is the Tocantins a tributary to the Amazon? Let’s say, not exactly.

While the Tocantins river does not enter the Amazon, its mouth, located in the Marajó Bay, enters the pathways of the Amazon delta, a knot of canals tricky enough to connect the two ecosystems without establishing tributary relations. Thus, the Tocantins is not an Amazon tributary per se but is often considered a part of the Amazon River basin.

It is the second-longest river in South America and one of the world’s biggest river systems. The joined system has the world’s fifth biggest drainage basin, consisting of the Paraná river, the Uruguay river, and the Paraguay river.

The Paraná river, formed where the Paranaiba meets with the Rio Grande in southern Brazil, runs predominantly south, through Brazil and Paraguay. There it receives the streams of its tributaries, mainly the Paraguay river.

The Rio de la Plata runs through the capitals of Argentina and Uruguay, with both capitals, Buenos Aires and Montevideo accordingly, located on its banks.

River Plate: river or not?

The broadest river in the world with a remarkable 140-mile distance in the widest spot, the River Plate strikes as a vivid sea-like anomaly of a river. Unsurprisingly, not all consider it a river at all. Opinions are it is an estuary, a bay, or a marginal sea – and all have valid scientific points.

The Amazon River flows from the Peruvian Andes, just 100 miles away from the Pacific coast, eastward to the Atlantic Ocean. It begins as the Apurímac river, a small mountain stream that runs fast in deep gorges, gaining from tributary sources and becoming the Ene, the Tambo river, and the main headstream of the Amazon River called The Ucayali.

The waters of the Amazon support the important oxygen-producing Amazon rainforest ecosystem. And by two-thirds, the river flows through the floodplains with annual rainy seasons. However, parts of the Amazon basin, the largest of the world, lie in dry areas south and north of the wet lowlands, as well as high in the Andes.

One of the random facts about the Amazon River which is actually mindblowing is that it does not have a single bridge built on it – from source to mouth.

It pierces the continent wholly uninterruptedly.

Number one of the longest rivers with no bridge? More like one of a kind! 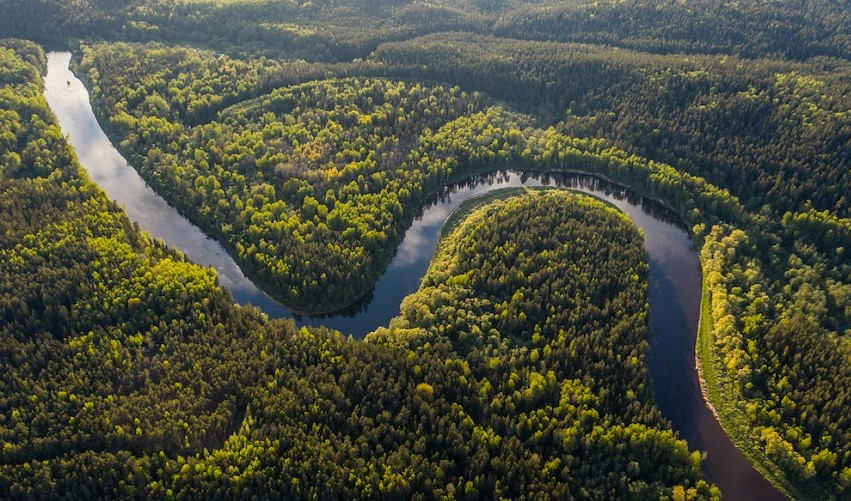 Is the Amazon River the longest river in South America?

If the question is which one is the longest river in South America, the answer is clear, since stretching from the Pacific to the Atlantic Ocean, the Amazon has no competitors coming even close. But there is a bit more to it concerning leadership: for a while, the Amazon has been competing with the Nile river (Africa) for the title of the longest one on the planet.

Is the Amazon River actually the longest river in the world?

Some data, though by many viewed as questionable, tell us it might be the case. The 2007 research claims that the Amazon River is about 250 miles longer than previously established. The problem is the research group that conducted the measuring has also left way too many details unclear.

What are the 5 longest rivers in South America?

According to our list, the 5 longest rivers in South America are the Amazon River, the Rio de la Plata-Parana river, the Tocantins-Araguaia, the Purus river, and the Madeira river along with the Mamore river.

What is South America’s second-largest river?

Which of the longest rivers in South America reaches the Atlantic Ocean?

Only mainstream rivers fall directly into the ocean. Meaning the rivers in South America that have direct access to the Atlantic Ocean are, the following: the Orinoco, The São Francisco river, the Tocantins, the river of Rio de la Plata, and naturally, the Amazon River.

One thought on “What is the longest river in South America: top 10 of its waterway systems”